Pim-1 is an oncogene-encoded serine/threonine kinase. Originally identified in Maloney murine leukaemia, it is involved in several cellular functions associated with survival an proliferation which confers a selective advantage during tumorigenesis [1,2]. Given this implication, it has been used as a cancer drug target [3]. IYZ and LY2 are two bioactive inhibitors of Pim-1. The […] 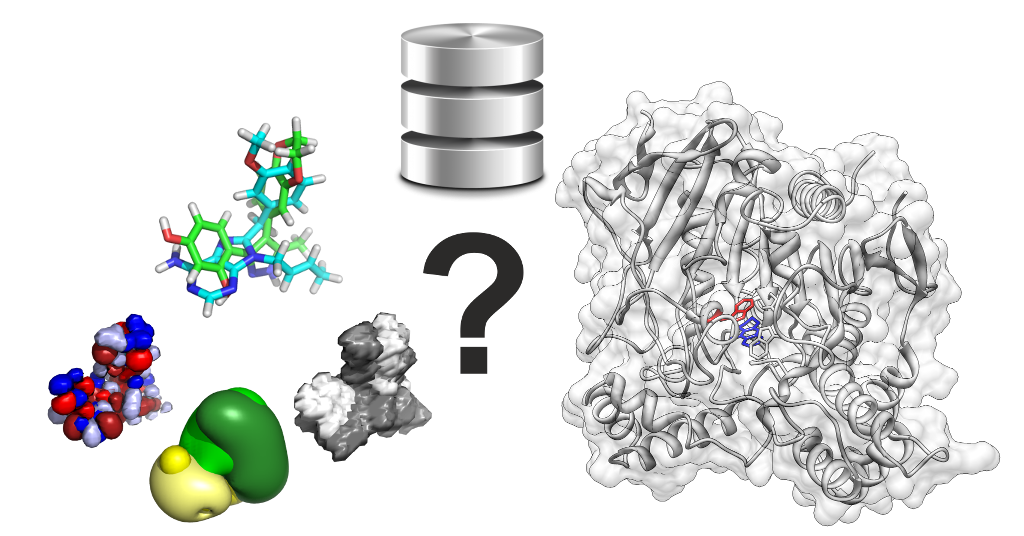 Virtual screening is a well-known approach in drug discovery projects to find new leads in virtual libraries of small molecules, but it is not clear which of the existing techniques is better. Ligand-based tools are characterized by their speed but do not take into account the receptor while structure-based tools model ligand-receptor interactions but are […]

This image shows a successful small-molecule alignment using a multi-reference strategy on a set of D2/D4 inhibitors. As it can be observed, using two references on a set of 41 D2/D4 inhibitors with different chemical structures, the number of compounds properly superposed significantly increases (Fig. C and F) in comparison to the results obtained using […]